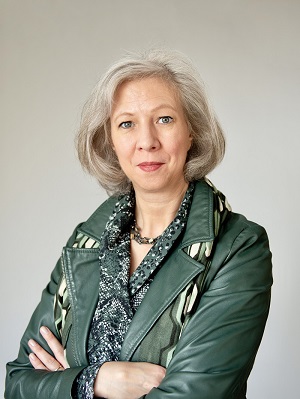 Prof. Dr. Anouke Bakx is associate professor at Fontys University of applied Sciences and professor of Giftedness at Radboud University. Her area of expertise is teachers’ professional development in the field of gifted education for primary school pupils. She is founder of the POINT educational research labs, in which teachers, teacher educators and scientists cooperate on educational research in the field of gifted education (www.point013.nl). She is co-founder of the Scientific Centre of Expertise RATiO (Radboud Talent in Ontwikkeling/Development) (www.ru.nl/bsi/ratio).

Primary school students’ self-concepts: a comparison between gifted students and their classmates

In this lecture a study is presented on primary school students’ self-concept. One’s self-concept development is important, because it helps finding one’s place in life. Self-concept refers to one’s ideas about himself. Self-concept is about understanding oneself. All the aspects describing oneself, makes that an individual can differentiate between oneself and others. Development of one’s self-concept is an ongoing process and is influenced by others and for example by experiences.
Gifted students’ might view themselves differently: Gifted students are a specific minority group in primary education, because only a small group is gifted (about 2.5% up to 10%) and most of the students are not. In general, minority groups can be  judged and approached by others in a different way, which might influence their self-concept.

In total 293 primary school students from 5 to 13 years old participated in the study: 133 students were gifted students, all participating in part time special educational programs (in regular schools) for gifted primary school students. The other 160 students were not gifted and attended the same regular schools. The self-concepts of the two groups of students were compared. In order to do so, an open concept map was used, with the question ‘Who am I?’.
Findings revealed eleven different categories. Gifted students reported mainly characteristics and skills, followed by sport. For the other students, it was the other way round (sports, skills and characteristics). School-related skills and subjects were reported by all students,  both positive and negative, but more often by the gifted pupils. Interesting differences between the two groups are presented. Studies concerning self-concept of gifted primary school students – using an open instrument - are still rather scarce, and can, for example, be interesting for educational practice: teachers can use the concept maps in their classroom to learn about their (new) students.

Info on the conference format (pdf)

Save the date (pdf)